Stellan Veloce’s first record for Hyperdelia is not only their debut album but simultaneously the inception of a band: Stellan Veloce’s Complesso Spettro. At Veloce’s disposal, the players have turned into a Frankensteinian super group: with Andreas Dzialocha on electric bass, Bridget Ferrill doing electronics & processing, Julia Reidy on guitars, Marta Tiesenga on baritone sax, Earl Harvin and Jesse Quebbeman-Turley on drums, Elena Kakaliagou playing horn, Carlo Spiga aka Makika at the launeddas, Pierpaolo Lorenzo playing harmonium and Stellan Veloce on cello. 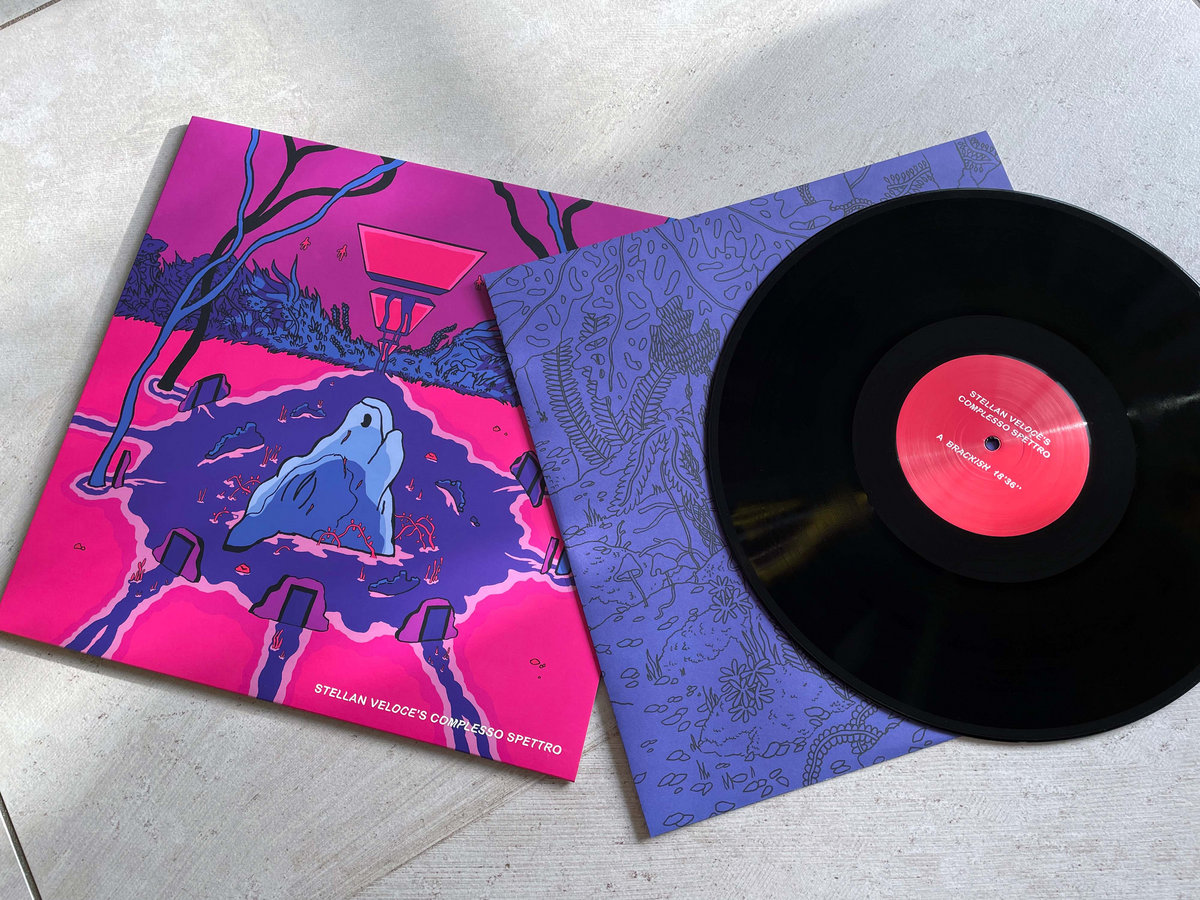 The A-side (‘Brackish’), initially recorded live at Robbie Moore’s Impression Studio, is the result of hours of improvisations loosely based on Veloce’s graphic scores. In the hands of the composer, the recording material soon turned into an abstracted collage. Despite the asynchronous addition of further drums and saxophone, the piece remains the outcome of a noisy live band due to the heavy leakage on the different takes and spatial distancing effects inherent in the recordings. The B-Side (‘Briny’) responds to the staggering layers of space and time. ‘Briny’ is a drone piece that emerges from the interplay of cello, bass and horn and acts as a Romanticist counterpart to ‘Brackish’ while the addition of launeddas – a Sardinian woodwind instrument –, harmonium and electronics returns it to rougher timbral territories. 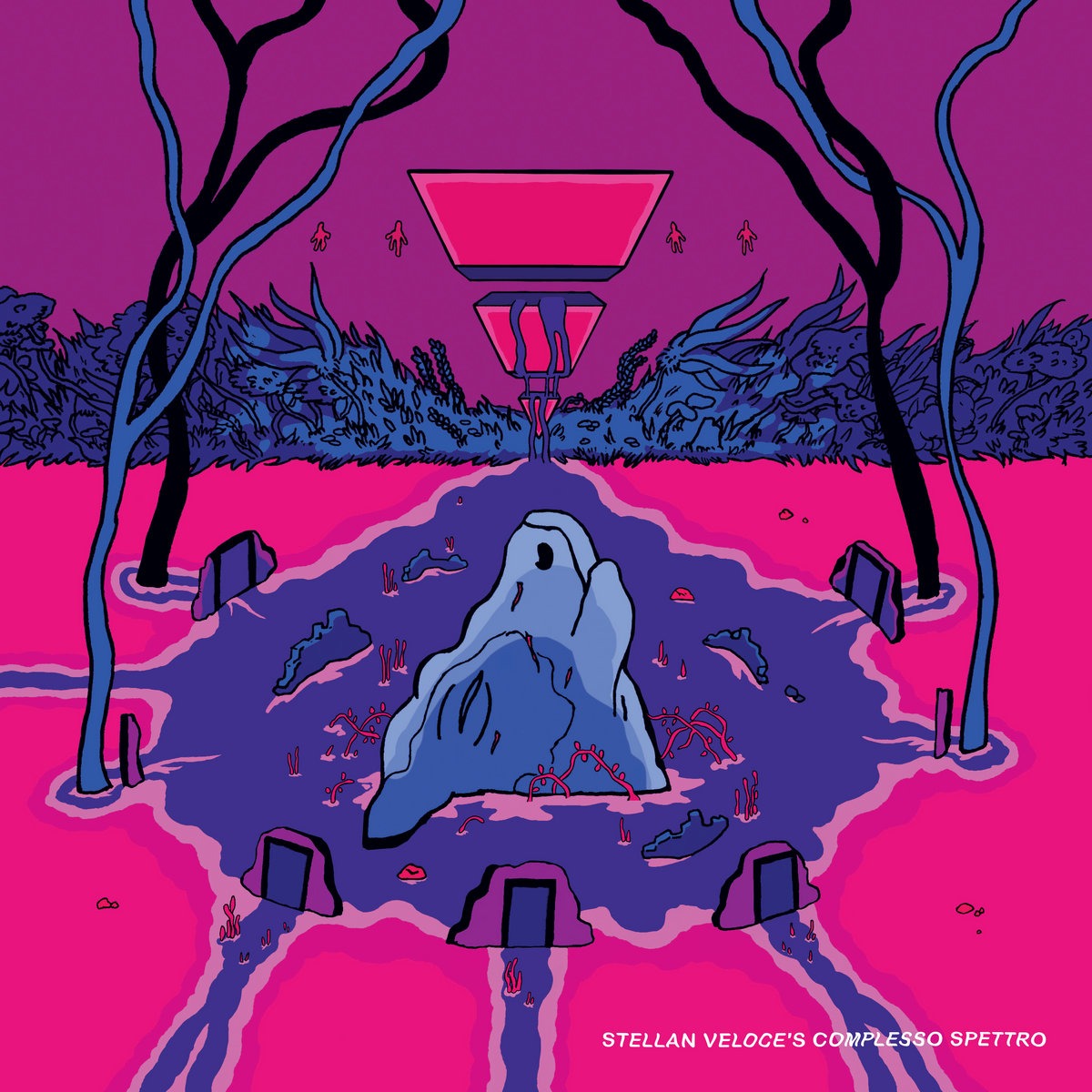 Stellan Veloce’s Complesso Spettro is an exceptional music that combines the power of band playing with Veloce’s sense for deconstruction and rearranging. The record takes its cues equally from Talk Talk’s meticulous recording and editing processes, the grand narratives of Nate Wooley’s Seven Storey Mountain, Animal Collective’s textured noise or the free-wheeling play of Zeena Parkins. The album is the work of a shoegaze ensemble that is indebted to Italian prog rock and Free Jazz as much as to pastoral post rock and spectral composition.