HOFFNUNG 3000 was a festival for music, art and theory in Berlin initiated by BLATT 3000 together with Sam Andreae, who has run the KLANGKELLER series in Berlin since January 2016. It was an experiment in social, artistic and theoretical collaboration. 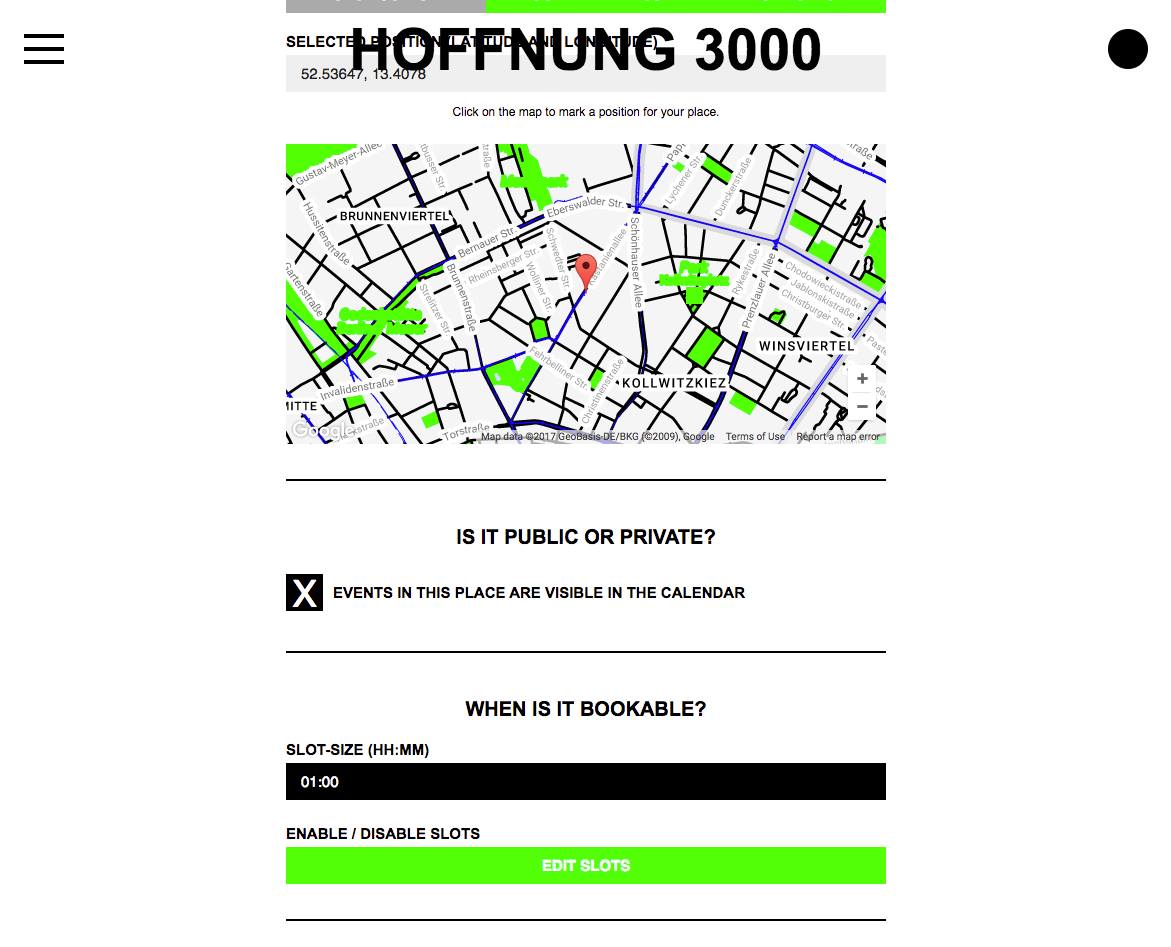 HOFFNUNG 3000 did not have any curatorial themes, instead we asked one main question: How do we organize ourselves in our social, artistic & theoretical communities? HOFFNUNG 3000 was not simply a festival but more of a process of organizing a festival, a festival that creates itself. Through each and every participant. 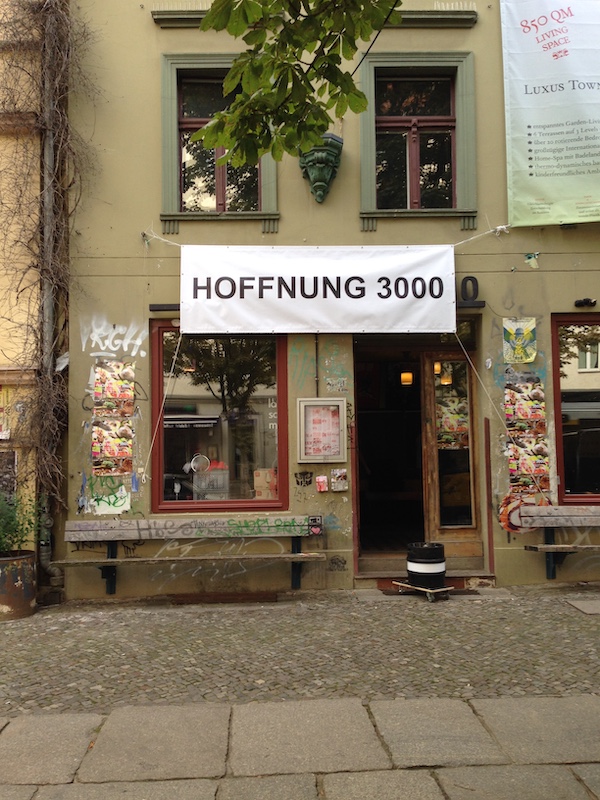 HOFFNUNG 3000 invited 30 practitioners of all fields and backgrounds to join into a collective creation mode. As there was no curated programme, all participants became themselves the curators. All participants were anonymized, so no name or information was displayed – neither to the public nor to the other participants. Like for VERANTWORTUNG 3000, we provided an online platform on which all collaboration occured and all events were set up by the participants, beforehand and during the festival. 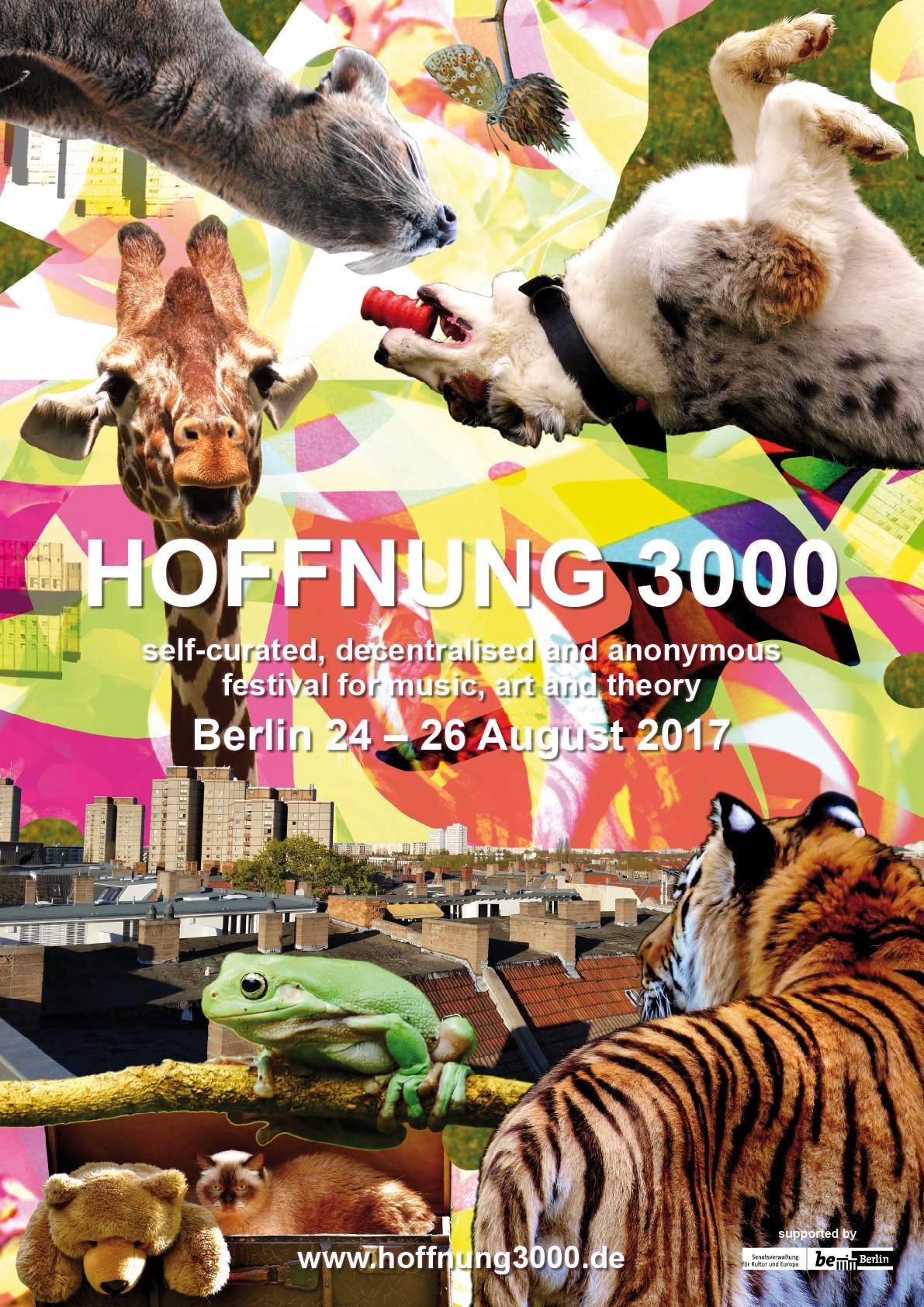 BLATT 3000 believes in a system of self-curation and thus critically reflects the role of curators: Who shapes the discourse if you as a practitioner are not invited or respond to a call but set up your own rules of working?

HOFFNUNG 3000 engendered such processes of self-organization. HOFFNUNG 3000 was more an experimental laboratory than a conventional festival. HOFFNUNG 3000 was set up as a platform on which participants organized the festival themselves: hoffnung3000.de. Platformism means offering and sharing and using everyone’s abilities / potentials / gear / skills. The idea was and is, that all these resources and germs will form a diverse pool of potentiality and it is from these resources that all activity and production derive. The festival was created by everyone’s collective endeavour. All participants set their own rules for their specific projects: Where does the event take place, how long does it last, what equipment do I need and what resources will I use? Setting your own rules also meant: events could have been public or private or something in between.

One new feature on the HOFFNUNG 3000 platform was the experimenting with anonymity. Every action by the participants was connected to a random animal avatar and each new activity got a new avatar to guarantee anonymity of the initiators. Especially before the festival the platform users and the audience did not know who was behind any activity. The participants had the chance to communicate through the platform, it allowed them to write private messages. Anonymized communication was a quite new experience for all of us. And even if you usually did found out during the festival, who was behind an avatar, there were always surprises, especially in newly created events or resources. And furthermore there was a random meeting generator on the platform, through which one could meet random “animals” at random places. This anonymization also lead to the situation of having a festival without a line-up and without any artist names – this way we hoped to created a safe space of experimentation, to create curiousity rather than fulfilling expectations of both audience and participants.